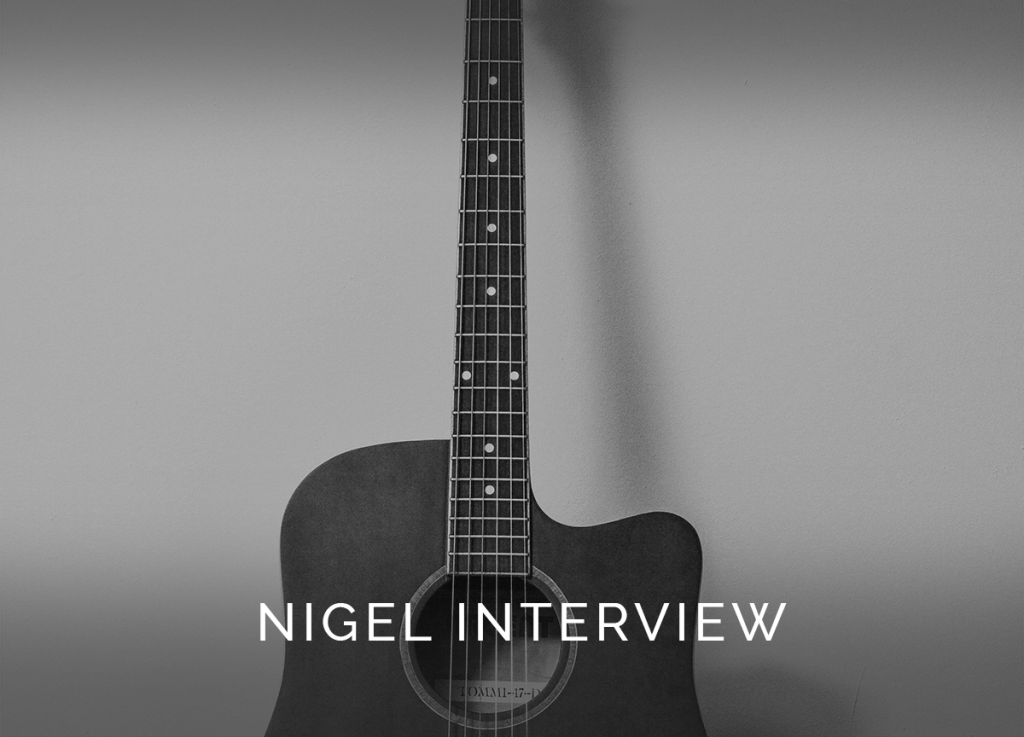 In an interview with Nigel Nicholls, a founding member of Devine Lie, he answered a few questions about the group as well as his personal journey with music.

Nigel Nicholls started playing the guitar at 13. He had his first group at 15 called Notlob, which is an anagram for Bolton, a football club based in Manchester.

He is inspired by things he reads, people, news and good wine.

He uses a Vigier guitar, with a carbon fibre neck as well as a still neck. He also enjoys using vintage synthesizers to create their sound.

Music first, 99 percent of the time. He might occasionally think of a good title that might inspire the music.

It’s not quite so eclectic and hopefully it is more coherent now compared to how it used to be. Having a female singer has changed the aspect of the sound, and even though the former singer had a higher pitched voice, her specific voice has changed the sound.

He was in love with music from when he was very young. His father played the piano, so they always had a piano in the house. Both of his sisters were forced to do music lessons and they both got to quite a high level but when they were not forced to do it anymore, they both stopped playing the piano. He wasn’t forced into music because he was very good at sport. Also, the school he went to preferred guys to play sport instead of music. It was not seen as manly, to the rough school he went to. He grew up north of London, in a very rough place.

In his car at the moment, he has System 7, Echo & the Bunnymen. He also listens to John McLaughlin. Something he’s had in his car for the last few weeks is ACDC. He says it’s really good music to drive to.

He’d like them to listen to the lyrics and they should interpret them as they want.

The combination of sound and lyrics set Devine Lie apart. They also have dark content in their music and not only love songs.

The one they are going to release on the next album (he laughed). Because he has two tracks already down for the next album, although it has taken so long to get out. He’s always liked Barquentine’s gasp and he also likes On top of the world, the first single off Devine Lie’s new album. Both the song and music video were inspired by the beautiful city of Cape Town in South Africa.

He must’ve been writing an anti-religious song at the time of picking the name (he laughed). The name has nothing to do with religion though.

How to make it as an independent artist

There are a few tips that can ensure becoming a successful independent artist. It can be a scar ..

How to make it as an independent artist